Showing posts from June, 2017
Show all

Too Many Fossils: Evidence of Noah's Flood? 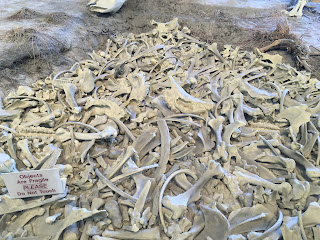 Noah’s Boys in the City of Mother Earth is a thrilling tale of inventions, adventure, and romance set in the Last Days of the Antediluvian World, a time of stubborn wickedness and violently conflicting worldviews, just like today.   As described in the first book of the Bible, God utterly destroyed the world with a great cataclysm, deluging it with water for a full year.   When the water subsided, everything was changed, and the only animals or people that survived were those that entered Noah’s Ark. But isn’t that just a myth—a fairy tale?   Hasn’t science proven that all life was the result of “billions and billions” of years of purposeless evolution?   Lifeless matter spontaneously produced living cells that reproduced.   Over millions of years of accidental mutations, death, and “survival of the fittest”, diverging species became more complex until intelligent human life finally emerged.   We all know the story.   And the fossil record proves it, right?   Maybe not! One probl
1 comment
Read more 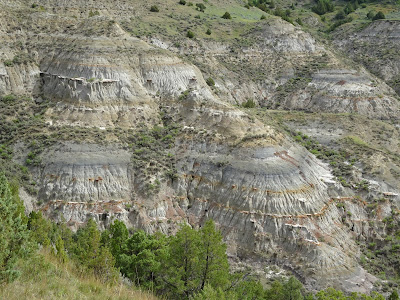 Noah’s Boys in the City of Mother Earth is an exciting tale of adventure and romance set in the years before Noah’s Ark and Noah’s Flood, the catastrophic deluge that drowned the wicked culture of Noah’s day, and drastically changed the face of the entire earth.   But wasn’t Noah’s Flood just a made-up fairy tale, a religious myth?   After all, we have all been taught that people are actually the product of millions and millions of years of Darwinian evolution, and that the cosmos developed over “billions and billions of years.” The dogma is a familiar one: first, a Big Bang, and then a slow, gradual upward ascent from inanimate matter to living cells, and finally to complex animal species and mankind.   Such an intricate and delicate process of minor genetic changes occurring over a geologically vast period of time must somehow be evident in the geological record, right?   But what do the rocks show?  Are some things so obvious we might overlook them? The photograph above is
Post a Comment
Read more
More posts