August 17, 2017
Why isn’t the Bible enough?  Why do we need Christian fiction like Noah’s Boys in the City of Mother Earth?

I have been asked this question more than once, but I think I understand what the questioner is getting at.  It is a grief to see how the fictional entertainment of our decayed culture is so often used to twist and corrupt tender young minds.  Some may even be coarsened by it to the point of depravity, and it takes only moment of exposure to Hollywood to see why!  For one thing, the striking images and seductive ideas of the world of entertainment are utterly steeped in secular humanism, a wrong view of the world that presupposes there is no God.  Viewers are constantly exposed to every form of vice and immorality, and this exposure cannot help but eventually harden or even deaden the conscience.  And it is not just movies or television: best-selling novels can do much the same thing.

Wouldn’t it be better, therefore, to avoid fiction and entertainment altogether, and limit oneself exclusively to reading the Bible?  After all, the Bible is filled with thrilling true stories that capture the imagination, and unlike fiction, it is absolutely true.  It has examples of almost everything that fiction supplies, including romance, danger, suspense, courage, and even mystery.  Was there ever a more beautiful love story than Ruth, or more fitting justice than wicked Haman, the enemy of the Jews, being hanged upon his own gibbet?

This idea that Christians should avoid all fiction may sound pious, but I believe it is unnecessary, unrealistic, unjustifiably narrow, and altogether impoverishing. Though the Bible is completely true, and provides us the only accurate worldview, and is sufficient to point us to faith in our Savior, it does not tell us everything, as it says in the gospel of John (20:31).  And while the translation of the Bible into the common languages of German (Martin Luther) and English (Tyndale) sparked the revival of Christianity known as the Reformation, the development of Western Civilization has been greatly supplemented by the great body of literature which grew around the biblical worldview.  The very first book printed with moveable metal type was the Bible (Gutenberg, 1454), and it remains the all time best seller.  Following the development of the printing press and the popular spread of the Bible, the presses began to pour out books, and they have largely shaped our Western worldview.  One early example is Pilgrim’s Progress (John Bunyan) first published in 1678, still a Christian classic (my favorite version is Robert Lawson’s, illustrated here).  A dozen other great books written from a Christian worldview quickly spring to mind, each of which is a treasure.  These include: Robinson Crusoe, Swiss Family Robinson, A Tale of Two Cities, Ben Hur, 20,000 Leagues Under the Sea, Ann of Green Gables In His Steps, and The Lion, the Witch, and the Wardrobe.

Why do we need Christian fiction?  Let me assert a few things.

First, entertainment is not bad or sinful in itself. There is no biblical admonition against it, and it is no great credit to deny oneself the innocent enjoyment it affords, or the personal and cultural enrichment it provides.

Second, life is a moral and spiritual journey, and is largely interior, as Hannah Whitall Smith stated in The Christian’s Secret of a Happy Life.  Like the ocean, most of our lives is lived below the surface.  Fiction allows us to see life through another set of eyes, and see it in new ways.  Through fiction, we can taste novel ideas, and chew upon or consider the major themes of life, all of which are addressed in the Bible.  We can understand unexamined facets of our nature, and consider our human flaws, affections, hates, emotions, motivations, priorities, and choices.  We can explore bitterness, anger, vengeance, and forgiveness; and we can imagine different circumstances, experience different kinds of desire, fear, courage, and ambition.  In a real sense, reading a work of fiction takes you on a personal journey, and the right book can make you a better person.

Third, it is almost impossible to overestimate the educational and cultural benefits of fiction.  As William Bennett pointed out in The Book of Virtues, for our young, good stories are an essential aid in providing moral education and building character, and it is character that largely determines success in life.  Good fictional stories illustrate such virtues as faith, loyalty, patriotism, courage, perseverance, compassion, honesty, and self-discipline in an unforgettable way.

Fourth, Christian fiction is needed because we cannot really know how the personal stories around us actually end, though all of us have a deep need to know the ending, for our own benefit.  Generally, all we see is that people are born, grow, work, and die. At times, we see people have public success or reasons for heartache, but only occasionally do we discover a window into a person's real life. Only from the Bible do we learn the real “rest of the story,” which involves either heaven or hell.  Fiction, however, allows us to imagine and tell a story all the way to the happy end.  I firmly believe in happy endings.

Finally, literature is important because, at times, it can positively impact an entire generation.  In 1852, while America was trying to work around the evils of slavery, Uncle Tom’s Cabin was published, a popular book that turned the nation against slavery.  Later, meeting the author, President Abraham Lincoln remarked, “So this is the little lady who started this great war.”

Fast forward 165 years, and it seems obvious to many of us that Europe, America, and perhaps western civilization itself are all drifting toward national and cultural suicide.  The once powerful cultural capital derived from Christianity seems to be evaporating, and the morally bankrupt effects of atheistic secular humanism are obvious.  The evil of abortion is paid for by taxes; religious and political hatred abounds, and every form of moral confusion seems to prevail. Wickedness is rising everywhere: the clock is ticking, and God’s judgment is upon us, just as the Bible predicted.  Things have become desperate.

Noah’s Boys in the City of Mother Earth may not be the Uncle Tom’s Cabin or Pilgrim’s Progress to turn our culture around; but it is at least an enjoyable story with a Christian worldview, a biblical theme (the Last Days) and a happy ending.  Next week I will post a short fictional story just for fun. 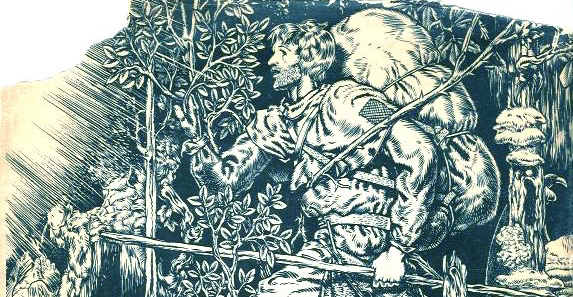