May 24, 2017
Noah’s Boys in the City of Mother Earth stands in stark contrast to most popular works of fiction, in that it is based in the worldview that man, and all of nature, was supernaturally created.  But why should a thinking person accept that, when our popular culture proclaims that “evolution is a proven fact,” and that “the cosmos is all that is, or ever was, or ever will be.”1

The fact that the issue is so contentious, and not simply an obscure topic of dispassionate scientific curiosity, points to a sobering underlying truth: evolution is the intellectual justification for two major worldviews (Secular Humanism and Marxism-Leninism) that have brought death to at least 100 million people during the past century.2,3

One complicating factor in this controversy is that, while evolution has been touted as “scientific fact,” the actual fact is that it is not actually even a theory, something that may be observed or tested.  The creation of the universe, or the sudden appearance of the cosmos, happened in the past without human observation, and it is not something happening that can be observed today.  No new kinds of animals or plants spontaneously came into being last year, or even in the past century.  Rather, what has been observed is extinction, whether of the dodo, or the West African Black Rhinoceros, which was declared extinct in 2006.4

While neither macroevolution5 or creation, then, are testable scientific theories, they may still be considered working models, useful to the degree they reasonably explain things, or predict what happens in the future.

So why should a person put their trust in either model?  Although thousands of articles and books have been written on the subject, I would like to suggest the following reasons, grouped into either emotional, or scientific/historical.

Emotional Reasons:
When Henry Morris, John Whitcomb, and others introduced Scientific Creationism in the 1970’s, it soon led to a series of debates between creationists and those promoting atheistic evolution.   I had the privilege of witnessing one of these debates, which included Dr. Duane Gish of the Institute of Creation Research. The experience was illuminating, and I was greatly surprised, and even disappointed, at the ease in which Dr. Gish demolished the shallow scientific basis for Darwinian macroevolution.  It became apparent that evolution was not strictly scientific at all, as claimed, but a belief system that cannot be proven, a dogma that cannot be refuted, and an authoritarian system requiring unthinking acceptance.7 The professor defending evolution ultimately became flustered, and said something to the effect that, “everyone knows it is a proven fact, and if you don’t believe it, you are an idiot.”  I suppose some people may be persuaded by insults, but that evening, the audience was not.  Since the 1980’s, however, such debates have become rare, probably because the evolutionists almost always lost.

So why does the evolution model still dominate our culture and educational system? In my opinion, the most powerful reason for belief in Darwinian macroevolution is emotional, as Noah’s boys found in Mother Earth Academy.  While Professor Adrammelech brought up evidence in the remarkable similarities between animals and man, and mentioned the spontaneous formation of life from stagnant water, the argument that resonated the most with the students was his justification of immoral pleasures.  Without a Creator to face, any kind of selfish behavior can be rationalized.  The repeated denials of the biblical Creator are a prominent feature of the Humanist Manifesto6, and are used to justify every form of selfish pleasure, as well as abortion and euthanasia.  I suspect that the frustration and extreme anger frequently expressed by advocates of evolution largely has to do with their guilty conscience, rather than their intellectual understanding of the scientific facts. But are there emotional motivations to accept creation?  These are harder to pin down, perhaps because acknowledging an Almighty Creator is quite humbling, and it provides no justification for the sinful things we do.  One compelling reason to believe in creation may be the desire to show integrity in heart, mind, and behavior.

A Sampling of Historical and Scientific Evidence7:
--Historical Documents: The book of Genesis is not the only historical document that asserts the creation of the world by God, and a worldwide flood. (Genesis 7)
--Fossil Evidence: Darwin believed further discoveries would provide countless intermediary forms between species.  Despite vast numbers of excavations and study in the last 150 years, not one single uncontested intermediary fossil has ever been found!  Huge gaps between species and kinds of animals and plants are the rule, not the exception.  Dr. Duane Gish concluded his study this way: “Evolution: the Fossils Say No!”8
--Geological Evidence: difficulty of dating rocks to determine age of the earth, or the age of fossils; circular reasoning; inconsistent proportions of radioactive isotopes, and more evidence for catastrophism than uniformitarianism
--Astrophysical Evidence:  earth’s orbital decay may give insufficient time period (less than 200 million years) of liquid water for evolution to have occurred
--Biochemical/Genetic Evidence: the many similarities in animal proteins and enzymes would seem to point to common origins.  Darwin’s idea of simple “protoplasm” has been replaced by a highly complex cellular design.
--Laws of Thermodynamics: the increasing complexity of DNA required for evolution is in clear violation (or the only exception) of the 1st and 2nd laws.
--Probability: the probability of spontaneous formation of medium length DNA molecule (300 amino acids) is 10600.  The universe contains only 1080 particles!
--Cause and Effect:  the weakness of the “big bang” model: no “banger!”
--Scientific Experiments to Provide “Proof of Principle”: While Stanley Miller’s famous 1953 experiment9 to synthesize amino acids under “primordial” conditions produced some organic compounds, the same conditions in which they were created would have destroyed them, had they not been quickly separated out. Now discredited as a proof of principle.
--Variation and Selection: Charles Darwin10 believed that the continual small variations observed between individuals of a species (today called “microevolution”) would confer advantages in the struggle for existence, but favorable mutations are very, very rare: no permanent ones have ever been documented.
--Irreducible Complexity of Living Systems:  Michael Behe’s book Darwin’s Black Box11 details the irreducibly complex enzyme systems seen in the retina and elsewhere in biological systems.  This complexity poses an insurmountable problem for evolution, which has no possible mechanism to provide for increasing the information held in DNA .

In Conclusion:
The scientific understanding of the biochemical and anatomic complexities of the living cell has progressed vastly since Darwin published The Origin of Species and the Descent of Man in 1859.  Though his model has dominated the cultural scene for at least a century, the evidence to support it is thin, and more elusive than ever.  Today, the most compelling reasons to believe evolution are emotional rather than scientific.  Despite the scoffing of our culture, the evidence for the traditional belief in biblical creation is actually overwhelming.  The worldview of Noah’s Boys in the City of Mother Earth has solid ground.
Gregory Horning
References
1.      Carl Sagan.  Cosmos: A Personal Voyage. Thirteen part television mini-series, September 28 to December 21, 1980
2.      David Noebel, Understanding the Times, 2nd Ed, Summit Press, Manitou Springs, CO, 2006
3.      The Black Book of Communism, Stephane Courtois, ed., Harvard University Press, 1997
4.      11 Extinct Animals We’ve Lost in our Lifetime, Julie Gerstein, 01 October 2015, Popular Mechanics magazine. http://www.popularmechanics.com/science/animals/g201/recently-extinct-animals-list-470209/
5.      Macroevolution, the creation of entirely new kinds of animals/plants, as opposed to microevolution, the development of varieties, such as dog or cattle breeds.
6.      Humanist Manifestos I and II.  Paul Kurtz, editor.  Prometheus Books, New York, 1984.
7.      Morris, Henry M., Scientific Creationism, Master Books, 26th printing, 2012.
8.      Gish, Duane T. Evolution: the fossils say no!  Creation Life Publishers, San Diego, 1979.
9.      Miller, Stanley L.  Production of amino acids under possible primitive earth conditions.  Science 117 (1953): 528.
10.    Darwin, Charles.  The Origin of Species by means of natural selection or the preservation of favored races in the struggle for life and the Descent of Man and selection in relation to sex.  The Modern Library, Random House, New York. 1859 original publication. 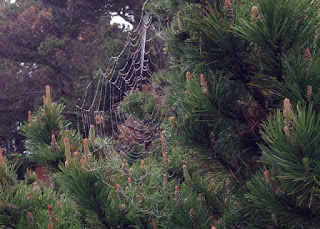